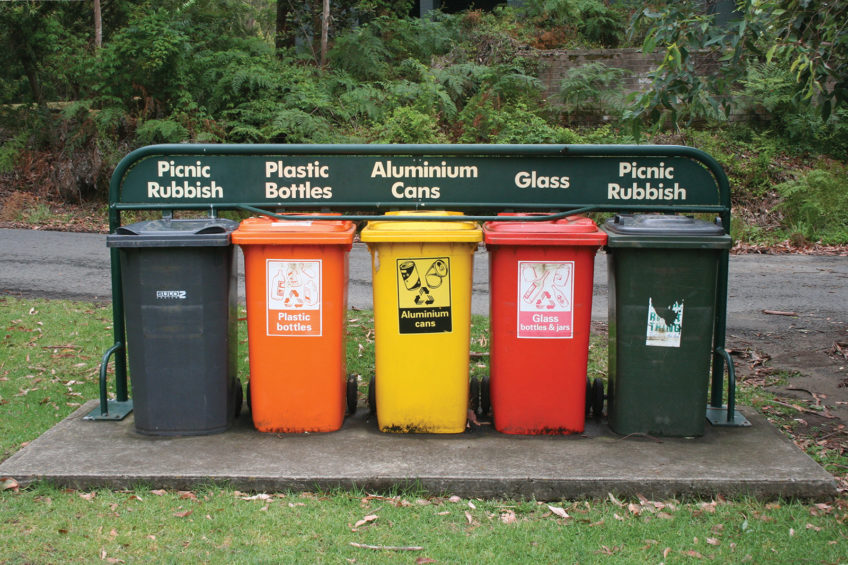 2010 Update on Efficiency in Waste Hauling:

The Henderson County Board of Commissioners has ordered the Solid Waste Advisory Committee to stop work on its efficiency plan.  The Commissioners’ position at this time is that preserving free enterprise among waste hauliers takes precedent over possible improved efficiency in the recycling of the solid waste in Henderson County.

by Katie Breckheimer, former chair of the ECO Recycling Committee

As part of the recommendation of the consultants hired to analyze the Henderson County Solid Waste system (referred to as the 2009 Feasibility Study), one of the recommendations is to ask county staff to work with the 18 independent waste hauliers, who are permitted by the county to collect residential waste, to come up with an efficiency plan. This was presented to the county commissioners for a decision on August 3, 2009. A decision was made on September 16th to separate out the capital improvement plan (which was approved on that date) and hold a special hearing /workshop regarding the efficiency plan. The language in the recommendation is soft regarding an efficiency plan. Franchising the hauliers is only one way to do that. In 1998/99 the county commissioners voted down a controversial plan to franchise, much to the disappointment of those who had worked for months in preparation for it.

ECO wants natural resources preserved so we are in favour of adding the collection of recyclables to the hauliers’ job of collecting trash. However, this can be done through the permitting process and does not require franchising. The State of North Carolina is requiring that more and more containers be recycled (bottles and cans) and the county can be fined for not having a good recycling plan and/or programs in place.

If the hauliers were to be franchised so that each haulier had a fair section of the county’s residences to service, then less gas/diesel would be consumed by their trucks, which typically get between 5 and 10 miles per gallon. Overall, recycling saves energy, i.e. by making an aluminium can from recycled aluminium as opposed to mining more bauxite to produce a new can, saves energy.

ECO believes that an efficiency plan is important. Local air quality would improve if all 18 hauliers and their trucks were not driving all over the county to service customers. Typically garbage trucks do not have good air quality controls.

ECO would like to see further efforts made to require garbage trucks to have sealed container beds so that dangerous liquids from garbage do not escape from their trucks before they get to the transfer station to release their load. The State of North Carolina is tightening down on these requirements, and the county could be fined for not regulating the hauliers is this regard.

ECO believes that fewer trucks on our roadways would add to the physical safety as well as the quality of life of our residents through less traffic and noise on our roads and in our neighbourhoods. Having only one day in which all families’ trash and recycling bins are set out would also increase the aesthetics of our neighbourhoods.

Conclusion: ECO would like to propose that an efficiency plan be implemented that will also safeguard the jobs of people who work in the trash removal industry in Henderson County.  ECO believes that efficiency is important but should not come at the expense of hauliers’ livelihoods.  ECO requests that the commissioners and the Solid Waste Department review this situation and propose a plan that can accommodate both goals.

Advocating for recycling has been a continuous thread in ECO’s woven history of protecting natural resources. In 1989 ECO and the League of Women Voters talked the County into hiring its first Recycling Coordinator. In 1993, the Henderson County Landfill was capped and closed. A Transfer Station was set up to consolidate waste and ship it to Union County, SC. By 1994 County residents had 3 drop-off centres to take their recycling to. However, over the next few years, due to political push-back and poor recycling markets, 2 recycling centres were closed, and the recycling coordinator was deemed unnecessary. In 2005 conditions at the one remaining drop-off centre were so deplorable that ECO organized an Ad-hoc Committee for Recycling Reform, which brought together representatives from seven different local organizations, to force political change. The ECO Environmental Education Committee worked with the school system to establish recycling infrastructure at every school.

In 2006 ECO helped the County run an electronics-recycling event that was so successful it almost shut down Highway 176 because of the traffic bringing in recyclables. It took several years of dedicated advocacy for another Recycling Coordinator to be hired. In lieu of building and staffing additional drop-off centres, the Commissioners chose to make it mandatory for all private waste hauliers to offer to pick up recycling from their customers. So curbside pick-up became available to everyone. Now, although there is only one drop-off centre, it is centrally located, clean, and well managed. Not only does the centre take electronics for recycling every day, but it will also hold scheduled household hazardous waste collections.

Things really started to change in 2009. The city and county started coordinating the Recycling collection at the Apple Festival. In 2011, the county opened the new Convenience Center for collecting recyclable waste. In 2012, the American Recycling Company opened a Material Recover Facility (MRF) in Candler, NC. Henderson County now sends all of its collected recyclables to the MRF. Also, in 2012,  Hendersonville installed permanent recycling bins next to trash collection containers on Main Street.

The county can be fined for not having a good recycling plan and/or programs in place.  Click for NC GS 130A-309.10  state law on recycling.

The Recycling drop-off centre (opened in 2011) is located next to the Waste Transfer Station (and the closed landfill) on Stoney Mountain Road. As of 2013, the centre now also collects all plastic containers 1-7, gable-top drink containers, and electronics.